Born2Global Centre has teamed up with Innpulsa Colombia and ProColombia, the business growth management unit and the international tourism/foreign direct investment/non-traditional exports branch of the Colombian national government, respectively, to jointly discuss Korea and Colombia’s entrepreneurship and innovation ecosystems.

On August 18, the two global organizations held a webinar to share knowledge of the startup and innovation ecosystems of both countries, establishing strategies for Korean startups to enter the Colombian market.

A total of about 50 participants, including startup-related organizations, startups, and venture capitals from Korea and Colombia have engaged in the session with Born2Global Centre’s Jongkap Kim, the Chief Executive Director, as a panelist on the global startup ecosystem and Sokjin Chang, the Director of International Cooperation, as a presenter on the current status of Korea´s startup ecosystem and the multiple support programs that the Centre is operating to support Korean deep-tech startups’ global expansion.

Alfredo Ramos, the Director of ProColombia Korea, made the opening remarks, followed by Juan Carlos Caiza, the Ambassador of Colombia in South Korea, providing the congratulatory speech. Francisco J. Noguera, the CEO of Innpulsa Colombia, presented on the Colombian startup ecosystem, as well as the startup support programs available at Innpulsa Colombia.

Next was a session by João Leite, the CEO of Advance, to explain the importance of the Korean-Colombian joint partnership, as evidenced through his case study presentation.

Then, a panel discussion ensued, featuring the three powerhouses Mr. Kim, Mr. Caiza, and Mr. Noguera on the implications for a Korean and Colombian startup ecosystem and an optimistic outlook on future collaborative efforts to further strengthen the two countries’ bonds. 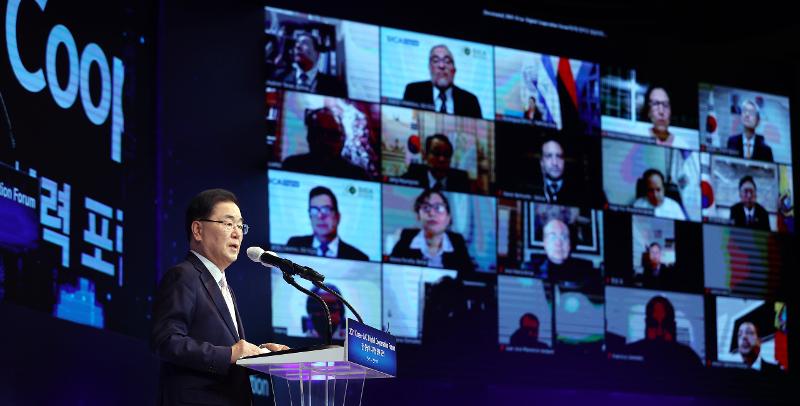 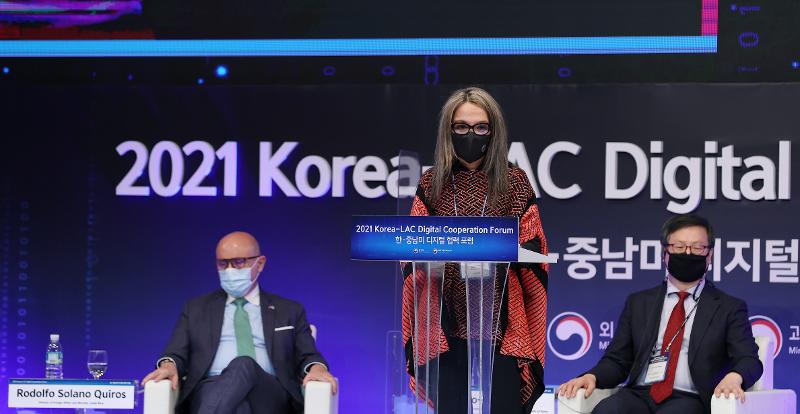 Born2Global Centre has been hosting a series of LAC-Korea startup online meet-ups as part of the Deep Tech Exchange Program of the IDB Lab to continuously engage Latin American and Caribbean countries for potential partnership opportunities.

Through this initiative, Born2Global Centre provides the platform for respective startups from each country to meet potential partners in expansion of their businesses with the professional support and accompaniment of fundamental consultations and services.

So far, already four countries - Argentina, Colombia, Mexico and Bolivia - have partaken in this virtual series, as Born2Global Centre continues to organize these meet-ups with partner organizations to identify and match startups based on respective needs.

In the Mexico-Korea session, there were six Mexican startups and three Korean startups from Agtech, Edtech, AI, and Big Data sectors participating in the round table discussions, jointly hosted with Centraal and Seedstars, two renowned accelerators in the region. For the Bolivia-Korea session, there were four Bolivian startups and four Korean startups from Education, AI, Construction, Mobility and Big Data sectors discussing potential innovative joint solutions, hosted alongside the Asociación de Emprendedores de Bolivia (ASEB).

Six more countries are scheduled in the lineup throughout March and April, and after the meet-ups will be the LAC-Korea Partnership Prototype Pitch Challenge, Startup Global Forum, and Partnership Prototype Symposium as a follow-up methodology by Born2Global Centre to ensure successful forging of partnerships for positive social impact to the LATAM region.